There are so many tech related podcasts out there it’s almost overwhelming. I have a few go-to front-end web podcasts that I love listening to as well as a few that aren’t specifically front-end but still industry related. Here’s a list of some of my favorites: 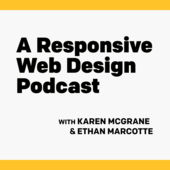 This podcast is co-hosted by Karen McGrane & Ethan Marcotte and is all about.. you guessed it.. responsive web design! The hosts interview different designers and developers from companies ranging from Outside Magazine, Expedia, PayPal and Code for America. The episodes are usually under 30 minutes and provide a great inside view into the process of large, responsive website builds. 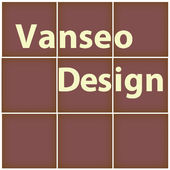 These episodes are short-format, sometimes under 20 minutes and are hosted by Stephen Bradley who does a lot of freelance WordPress development. I had been following his blog for a bit which is how I found out about the podcast. Stephen provides a lot of great insight for freelance developers and adding value to your business.

This is definitely one of my favorites. Hosted by two of the best ladies in the biz, Jenn Lukas and Val Head, this podcast is all about speaking about web design and development. Unfortunately, the most recent episode is from May, 2014 but I’m really hoping they come back with a season 3! This is one of my favorites because the interviews provide a lot of solid advice but they have so much fun doing it! 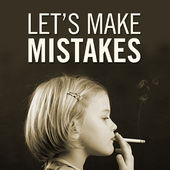 Let’s Make Mistakes might not be everyone’s cup of tea but I get a kick out of it. This one is hosted by Mike Monteiro and Jesse Char. Sometimes there are guests and sometimes it’s just discussions between Mike and Jesse, two super sarcastic and hilarious designers. 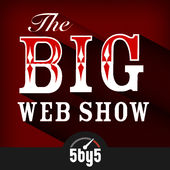 Jeffrey Zeldman hosts this podcast that covers pretty much anything web related you can think of. He brings guests on from all different web disciplines, designers, developers, content writers, etc. 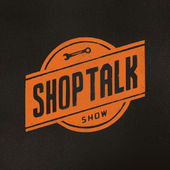 Shop Talk Show covers any and everything front-end development related. It’s hosted by Chris Coyier and Dave Rupert who are two funny dudes. The show is part interview with a new guest every episode and part Q & A, listeners can write in or send an audio question in. 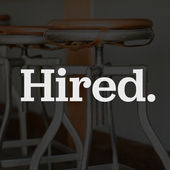 Hired is a podcast all about company hiring and culture. Cameron Moll interviews people from companies like Etsy, Pinterest, Tattly, ESPN, and Facebook. It’s a great insider look into what hiring managers are looking for in a candidate. 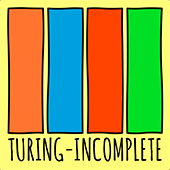 This podcast is hosted by 4 local Philly devs who discuss tons of different topics all related to programming. Some episodes have guests, others are the hosts discussing various topics. 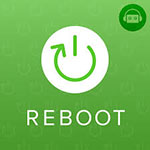 I just discovered this one yesterday and have only listened to one episode so far but I really enjoyed it. The premise of the podcast is interviewing people who have made dramatic career changes. In the episode I listened to today, Adarsh Pandit interviewed a front-end designer, Brenda who made a change into a web career a little later in life. There was so much I could relate to as someone who bartended and waited tables for so long, switched into an administrative assistant position and then finally found my passion for web development in my late 20s.

When I was saving the podcast images I accidentally saved the folder as podcats. This led me to google to see if I could find any pictures of podcats. There were a few good ones but they were all copyrighted so here’s a picture of my techie cat instead. 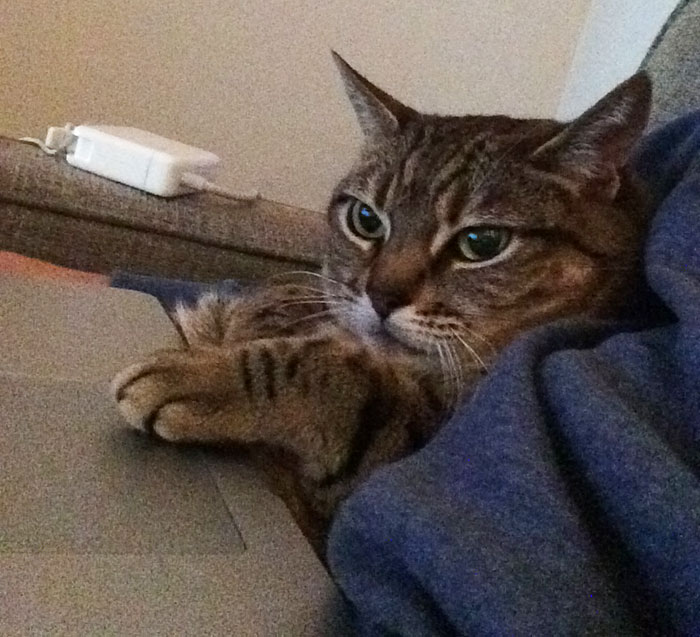